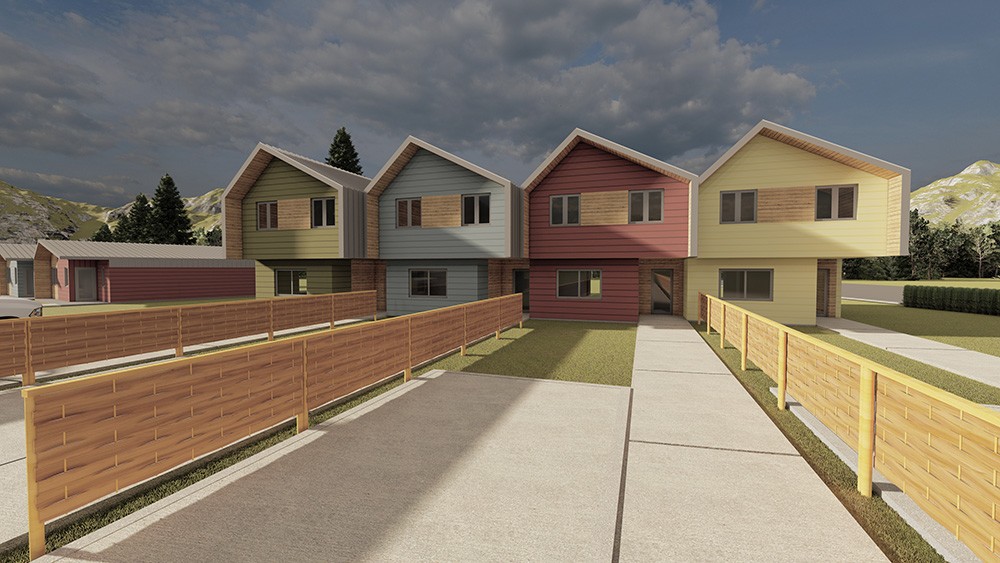 N’QUATQUA - N’Quatqua Nation Elders, families and members will soon have access to 10 new affordable rental homes as construction gets underway on a new housing project in N’Quatqua.

“We are excited to be working with BC Housing on this project,” said Chief Micah Thevarge, N’Quatqua Nation. “Housing availability continues to be one of the Nation’s greatest hurdles to overcome, and we feel this a great step in addressing that issue. We are also excited that the project is being built with high energy-efficiency standards, and that the building will minimize energy costs and have a low carbon footprint.”

Located at 108-110 Hunter Jack Cres., on N’Quatqua territories near D’Arcy, this project is the first new housing development to start construction in N’Quatqua since 2007. It will provide homes for Elders, single-parent families and members with low incomes who want to live in their home community, close to family, culture and tradition. There are very few affordable housing options in the community, resulting in long waiting lists.

“People who live in N’Quatqua deserve safe, affordable housing. This new project will provide that important low-income housing in this community,” said David Eby, Attorney General and Minister Responsible for Housing. “Although the Province is willing to step up to support on-reserve housing in this way, and we strongly value our partnership with N’Quatqua, more is needed. We continue to insist the federal government at least match provincial funding to fulfil its constitutional responsibilities to Indigenous Peoples in our province.”

The project will include three buildings. Two of the buildings will be single-storey with three two-bedroom units each. The third building will have two storeys with four three-bedroom homes. All two-bedroom units will be able to accommodate N’Quatqua Elders and members living with disabilities who require an accessible layout. Monthly rents are expected to range from $570 to $1,020, depending on unit size and income.

This project responds to the Truth and Reconciliation Commission’s Calls to Action on housing inequalities.

N’Quatqua Nation provided the land for the project and will own the homes. The N’Quatqua Social Housing Society will oversee building operations.

Construction is expected to be completed in fall 2022.

This project is part of B.C.’s 10-year, $7-billion housing plan. Since 2017, the Province has invested in more than 30,000 affordable new homes that have been completed or are underway for people in B.C. Through the Province’s Indigenous Housing Fund, including these homes in N’Quatqua, more than 1,200 IHF homes have opened, are under construction or in development since 2018.