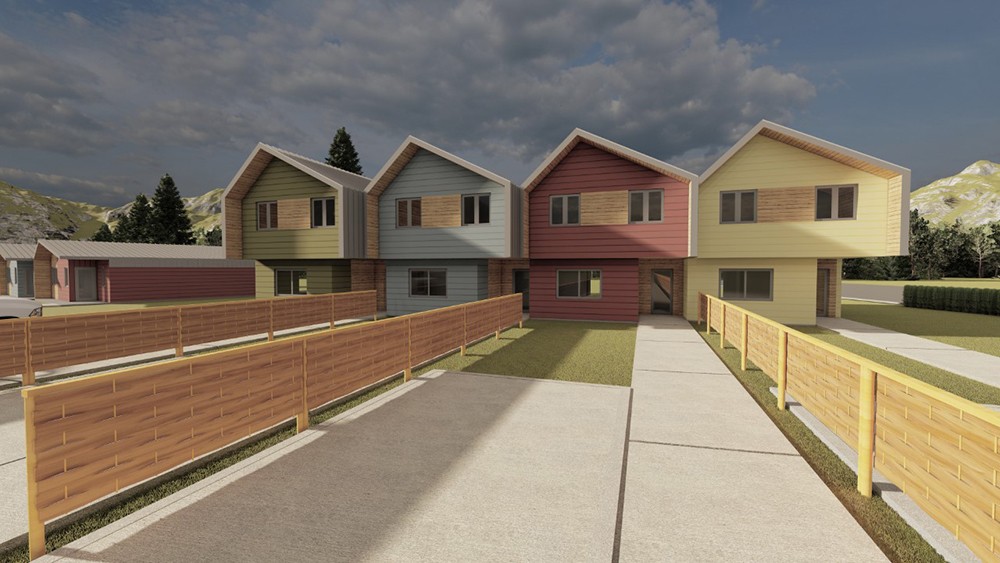 Located at 14-16 Hunter Jack Cres., the project is the first new housing development in N'Quatqua since 2007. The development is comprised of three buildings. Two of the buildings are single storey, and each contains three two-bedroom units for N'Quatqua Nation Elders, individuals, single-parent families and members living with disabilities. The third building is two-storeys with four three-bedroom homes and is intended for families with low-to-moderate incomes.

All units have rent geared to income to help address the lack of affordable housing in N'Quatqua and the surrounding area, and to provide safe and secure homes for N'Quatqua Nation members who wish to live in their home community and close to family, culture and traditions.

N'Quatqua Nation provided the land for the project and owns the new homes. The buildings will be managed by N'Quatqua Social Housing Society.

The Province, through BC Housing, invested approximately $1.35 million for the project through the Building BC: Indigenous Housing Fund, and will provide approximately $400,000 in annual operating funding.

The project is part of B.C.'s 10-year, $7-billion housing plan. Since 2017, the Province has funded more than 36,000 affordable new homes that are complete or underway in B.C., including approximately 1,400 homes through the Building BC: Indigenous Housing Fund, which also includes approximately 380 homes on reserve.