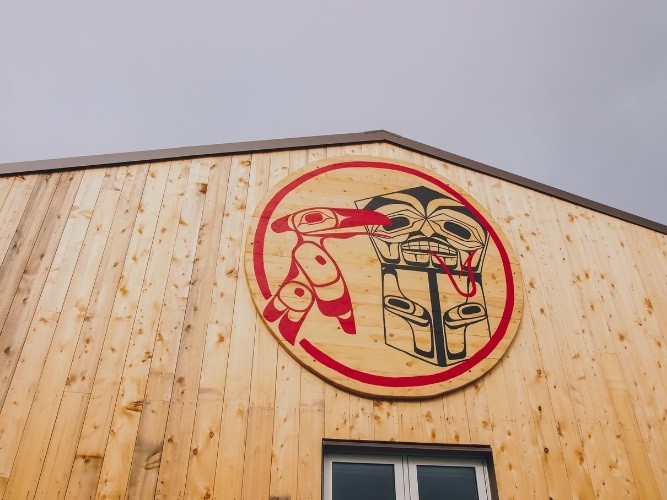 The new homes come from a partnership between the Province, through BC Housing, Indigenous Services Canada and the Heiltsuk Nation.

"Heiltsuk Tribal Council has been facing a housing crisis for many years. We are thrilled to have 12 more homes for our members, constructed with the support of BC Housing and Indigenous Services Canada," said Elected Chief Marilyn Slett, Heiltsuk Tribal Council. "It was amazing to see how thoughtfully designed and well constructed the homes are. There is so much excitement in the community about these homes. This project has set a new standard for housing for our Nation. We are pleased to continue working with BC Housing, Indigenous Services Canada and our other partners to build more homes in the next few years."

Located on Heiltsuk Nation Territory on Campbell Island near Bella Bella, the development has two six-unit wood-frame buildings, each with a mix of two- and three-bedroom homes.

Monthly rents vary depending on unit size, but all homes will be affordable for families and people with low incomes.

The development includes two unique art pieces by Ian Reid, a Heiltsuk artist from the community. The artwork is based on the Heiltsuk story of the raven and the old man, and represent the continued expression of Heiltsuk cultural knowledge as stories are handed down through future generations that will live in these homes.

The Heiltsuk Nation provided the land for the project and will own the homes while the Heiltsuk Housing Society will oversee building operations. Residents were selected through the society's housing waiting list.

The Province, through BC Housing, provided approximately $10 million for the project through the Building BC: Indigenous Housing Fund (IHF), a 10-year, $550-million investment to build and operate 1,750 new homes on and off reserve. With this commitment, B.C. became the first province in Canada to invest provincial housing funds for on-reserve housing, which is federal jurisdiction. B.C. has also opened all provincial housing programs to Indigenous housing providers and communities.

In addition to the $10-million investment for the construction of the project, the Province, through BC Housing, is also providing approximately $320,000 in annual operating funding.

"With this new opening, Heiltsuk people can live affordably in Heiltsuk Territory, close to family, community and culture," said Jennifer Rice, MLA for North Coast. "I recently had the opportunity to tour the new homes and was impressed with the attention to detail, such all units containing a separate upright freezer. Considering community members rely heavily on traditional foods such as seafood, this is an important feature for subsistence lifestyles. I applaud the leadership of the Heiltsuk Nation for meeting the needs of their members and for persevering through the many challenges of building these new homes."

Residents started moving into their homes on March 22, 2022.

This project is part of B.C.'s 10-year, $7-billion housing plan. Since 2017, the Province has invested in more than 32,000 affordable new homes that are complete or underway for people in B.C. Through the Indigenous Housing Fund, including these homes with the Heiltsuk Nation, more than 1,200 homes have opened, are under construction or are in development since 2018.