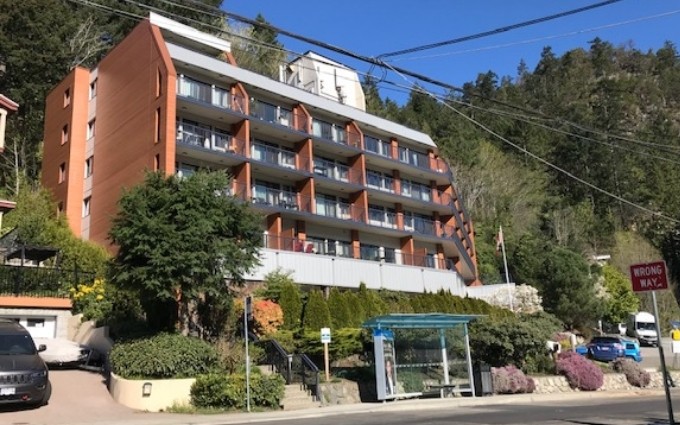 The story of Libby Lodge begins with its opening in October 1978. Back then, the idea of helping people “age in place” was new. Thanks to Lydia Libby, the Government of BC and three, dedicated women from the Horseshoe Bay Community Association, it became a reality.

In 1973, the retired Dundarave Pharmacy owner noticed the lack of affordable seniors' housing on the North Shore. At the time, seniors facing health issues often had to leave the community and their families to get suitable housing. Years later, at the Libby Lodge grand opening, Lydia responded to a reporter's question about how the project started: “I mentioned the lack of seniors' housing at a Horseshoe Bay Community Association meeting. Suddenly it was our project. We’d never worked in development before, but we were committed to getting seniors' housing into our community.”

Since then, the 44-unit senior residence building remained mostly in its original state. Over the years, normal wear and tear took a toll. Drafty, old windows, walls and roofing resulted in high energy costs and maintenance issues. Teams from BC Housing worked together to complete the building rehabilitation.

Upgrades to the building’s elevator, venting, heating, fire safety and entry phone, fob and CCTV camera systems were also done. The inside common areas received new flooring, paint, door hardware and signage. Lighting was replaced and a new air-conditioning system was added to the resident Amenity Room. Each residential unit got new fan systems for kitchens and bathrooms.

Libby Lodge’s curb appeal got a boost too, with new landscaping, paving, retaining walls, benches and outside lighting.

Building improvements are a win from a building-operations view too. Better energy efficiency saves building energy and maintenance costs. The biggest win: these upgrades will extend the life of Libby Lodge for years to come for future seniors.

The Libby Lodge renovation was funded from the Provincial Capital Renewal Fund. This funding of $1.36 billion is for existing provincially-owned, and non-profit owned, social housing. It restores and repairs existing buildings, increases safety against fire or earthquake, and improves energy performance.