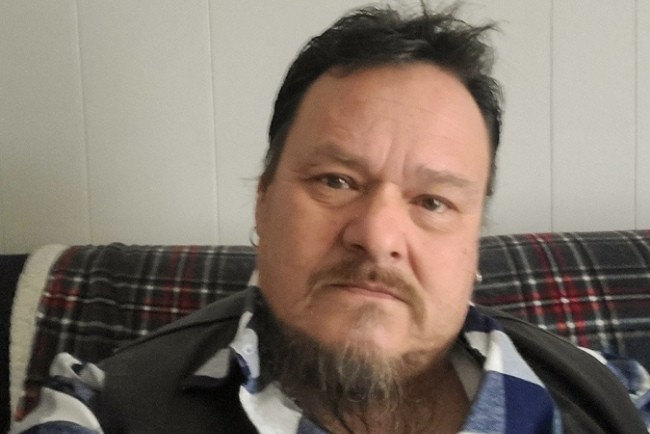 Not that long ago, Trevor was homeless. Today, he has an apartment in Chilliwack, and he’s made it his own.

In the dining room, you won’t find chairs and a table. Instead, guitars line the wall. On the floor, a stack of amps and a guitar stool.

“When I come home, I look around and think about how grateful I am,” Trevor says.

The journey to his apartment—and the new life he enjoys today—was a long one.

Trevor, who is 50 and from Vancouver, began using substances at 10. He became a journeyman carpenter and always had a home. That changed a few years ago.

“I never thought I would be homeless,” Trevor says.

At an overnight shelter run by The Salvation Army, Trevor met someone who would impact his life.

Shaun, a staff member at the shelter, talked with Trevor about recovery. While Trevor didn’t stop using right away, the seeds of a supportive relationship were planted.

“It was kind of like how they say, ‘the stars aligned.’ One moment where everything fell into place,” Trevor says.

He stayed at multiple treatment centres. Then he successfully applied to a supportive housing program run by RainCity Housing. Supportive housing offers self-contained units, on-site supports, and 24/7 staffing, which let Trevor focus on moving forward instead of surviving. 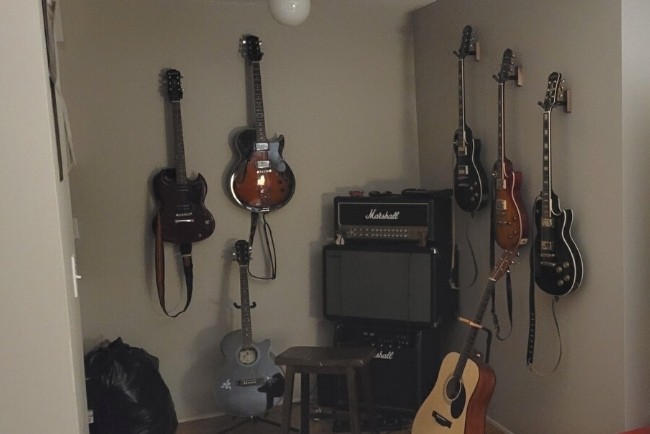 Trevor's guitars in his new apartment.

The stability of a home was great, but COVID-19 lockdowns led to boredom. Shaun suggested Trevor volunteer at The Salvation Army, which he did.

“I volunteered in the food banks through the first year of the pandemic,” Trevor says. “I made hampers, I worked in a warehouse, and it really helped me.”

His volunteer role turned into a janitor job at The Salvation Army. Eventually, he started planning for his future. After talking to a counsellor, he applied to the social work program at the University of the Fraser Valley (UFV). He also worked with Shaun to move on from supportive housing.

Now, Trevor has been in recovery for nearly three years. He’s a qualifying studies student at UFV, and every day he wakes up in his guitar-filled apartment.

“Yesterday was exactly 30 days since I moved into this suite. I can't believe it's only been a month,” Trevor says.

He’s grateful that supportive housing programs exist because they “help people get off the streets.” In his UFV courses, he’s written about the importance of housing.

“I did a paper on this. Basically, when you're not homeless, you have a better chance of fighting your mental health issues,” Trevor says.

Trevor is also grateful for the support he’s received, from RainCity to Shaun to Maya, a BC Housing employee who helped him get into supportive housing. RainCity even gave him a brass guitar pick with his sober date on it.

“I'm not any more special than anybody else,” Trevor says. “The more support you get, the better you’ll do.”

BC Housing has opened 188 supportive homes in Chilliwack since 2017. Through the Building BC: Supportive Housing Fund, the Province is investing $1.2 billion over 10 years to deliver 2,500 supportive homes across BC.

View the locations of provincially funded housing projects on the Homes for BC map.